Precisely on Sunday 16 August 2020, just as the world, particularly Nigeria, was emerging from a never-experienced-before Coronavirus lockdown, Governor of Lagos State, Mr. Babajide Olusola Sanwo-Olu, performed a very highly historic function presenting the Staff of Office to a quintessential administrator and First Class Oba in the traditional institutions’ hierarchy of the Centre of Excellence, His Royal Majesty Oba Olufolarin Olukayode Ogunsanwo, Telade IV, as the Alara of Ilara Epe, Lags State.

By the state-based arrangement, the traditional title positions the Alara of Ilara within the Eredo Local Council Development Area (LCDA) of the state. 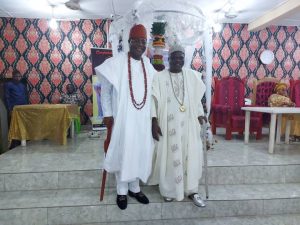 Alara and Olofa of Ofa. 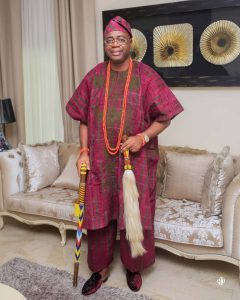 I recall that during the coronation that is presentation of Staff of Office and Instrument of Appointment to Oba Ogunsanwo at his palace in Ilara eight months ago, Governor Sanwo-Olu reiterated his administration’s commitment to the fulfillment of his promise to spread infrastructure to all parts of Lagos State including the Epe Division where the Alara’s Stool is located and Crown reigns.

The governor said royal fathers are indispensable partners of government due to the roles they play as agents of development, promoters of peace and peaceful co-existence among all people and residents within their domain.

Sanwo-Olu said Lagos State Government would continue to collaborate with traditional rulers in the State and ensure that their welfare was accorded the attention it deserved.

In the governor’s words then: “On behalf of myself, the Government and people of Lagos State, I rejoice with Your Royal Majesty as you ascend the stool of your ancestors. Your choice by the Kingmakers and wide acceptance by your people to lead them and be the custodian of the culture and tradition of this Kingdom is a reflection of their trust and confidence in your ability to positively impact the fortune of this landscape and its people.

“Kabiyesi, your position as Chairman of Epe divisional Council of Obas and Chiefs as well as Vice Chairman at the State level confers on you great responsibility which you are expected to discharge with a high sense of responsibility guided by the overall interest of our dear State.

“You have a responsibility to provide leadership, promote cooperation, friendship and the spirit of togetherness among the comity of Royal fathers and Chiefs within the Division and at the State level.” 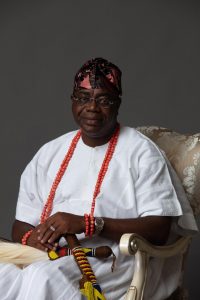 Sanwo-Olu also implored Oba Ogunsanwo to use his wealth of experience for the development of Ilara, Epe Division and Lagos State as a whole.

He said: “It gives me great joy to note that Your Royal Majesty is bringing to this highly revered stool a rich background of decades of experience and accomplishments in your professional calling and an astute administrator. Part of these accomplishments was recorded during your tenure as Executive Chairman of the State Internal Revenue Service.

“All of these, I have no doubt, Your Royal Majesty will bring to bear on the development of Ilara, Epe Division and Lagos State as a whole.

“Now that Kabiyesi has ascended the throne, I enjoin all the sons and daughters of Ilara to rally round the King so that his reign will be glorious and usher in unprecedented development to this ancient and historic kingdom.”

That explains how Oba Ogunsawo got the authority to rule from the throne of his ancestral fathers, one year anniversary of which will be marked on 16 August 2021 four months away from this April. 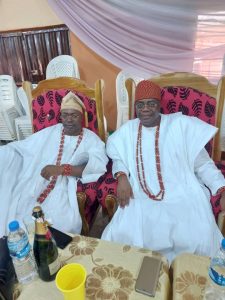 Olufolarin Olukayode Ogunsanwo succeeded Oba Akeem Adesanya, who died in October 2019 at the age of 74 after spending 58 years on the throne. The late king he succeeded was one of the longest reigning Oba in Yoruba Land.

Olufolarin Ogunsanwo was elected as Alara out of eight other contestants eight months ago and that put to rest the 12 months controversy over who would be the king of Ilara, Epe among the ruling houses.

For the new Alara, he is aware that the expectations of his people are very high. He also understands the ancient stool.

Oba Ogunsanwo-born on 29th September, 1967. He has Bsc Economics from Obafemi Awolowo University after which he went on to obtain his MSc Economics from the University of Lagos and Masters degree in Public Administration from the Lagos State University. He is a Fellow of the Chartered institute of Taxation.

*WAKE UP is opinion article column of Lagos-based media practitioner, Prince Bashir Adefaka. Reach him via his WhatsApp: 08163323906.