The various road projects currently in progress in parts of Kaduna State and the intensity of work might be an indication that the state government has decided to overhaul the entire road network in the state this year.

The effort to rehabilitate the roads and construct new ones started last year with the allocation of N29.77bn to the Works and Transport ministry in the 2016 budget. Towards the end of last year, bulldozers and project vehicles went into action with the clearing and grading of vast kilometers of roads in the state capital.

Many of the projects are still ongoing but some, like the Ugwan Doki and Ungwan Sarki roads, were completed last year.

The work was intensified at the beginning of 2017 with the clearing and covering of drainages, cutting of damaged parts for repairs, refilling of loose patches as well as expansion works and mounting of street lights.

The state governor had last year said that the roads in the capital and other urban areas of the state needed serious work after a long time.

He said he discovered that even local government headquarters had no roads.

“Our roads sometimes have no drainages, so they don’t last. We want to tell our people in the rural areas that rural areas can also be cities. You don’t all have to move to Kaduna, Zaria or Kafanchan to have a good life. We will bring the good life to them, so we have a massive programme for every local government headquarter and town,” he stated.

Shortly after, the government awarded contracts for the construction and rehabilitation of many roads. These include the dualisation of the Rigasa-College Road, Anguwan Dosa, Aliyu Makama road in Barnawa and Sabon Birni road in Kawo.

Our correspondents learnt that the government took up no less than 75 different roads with a commitment to complete them before the end of the first quarter of the year.

They include the one in Barnawa which is 8 kilometers, Zaria road dualisation and the 20-kilometer link roads in Rigasa area while 53 of the roads are in Kabala with 26 in Ungwan Rimi.

The state Commissioner for Works, Housing and Transport, Engr. Hassan Usman Mahmud, said the government last year awarded 11 road contracts including those earmarked for dualization and many  township roads.

He said 29 more contracts were awarded covering roads in both urban and rural areas in 18 of the 23 LGAs of the state.

“We have awarded 30 other contracts, these include some township roads in Kafanchan, Sabon Gari, Zaria, Hunkuyi, Giwa, Makarfi, Ikara, Kauru, Kaura, and other local government areas and I believe more will come in all the parts of the state,” he added.

He said the Zaria Road project in Rigasa was awarded in January 2017 with an 18-month completion period.

The commissioner added that after the dualization in Rigasa, the state government realized that there would be higher traffic because of the Abuja-Kaduna Light Rail Terminal, so in addition to the dualization of the road, it is doing other township roads with a total stretch of 20 kilometers.

The government, it was also learnt, has made provisions for streetlights and relocation of services like electric poles, communication masts and water pipes within the roads while work has also gone far on the Bus Rapid Transport (BRT) project in Kaduna metropolis.

The project will begin from the Kawo overhead bridge to the NDA, Rabah Road, Ungwan Sarki and terminate at Lugard Hall Roundabout.

To cater for buses, the existing dualised roads will be expanded to three lanes on both sides.

“The purpose is to be able to have a single dedicated lane that will be solely and uniquely for the specialized bus service called the Rapid Bus Transport (BRT) the kind we have in developed cities and Lagos,” the commissioner said.

Many residents of the state have applauded the drainage projects.

A resident of Badarawa, Mustapha Aliyu, said in his over 30 years of living in Kaduna, he had never seen such a massive road drainage project.

Mr. Richard Samuel of Sabo in Chikun Local Government Area described as laudable, the government’s efforts, especially on the drainage system ahead of the rainy season, saying it would reduce compensation payment and purchase of relief materials for displaced persons as a result of floods.

He however advised that in case of subsequent projects, residents of every community should be engaged in menial jobs involved in such projects in order to give them a sense of responsibility. He appealed to contractors handling the projects to complete the work quickly to reduce congestion on the roads.

“There are some areas where the refuse evacuated from the gutters are left on the roads, I think something should be done about them,” he advised.

Mama Rabi, who sells vegetables by the road side in Kaduna South LGA,  commended the drainage projects, saying, “Even though it has affected my business because I had to give way to the workers to do their work, I still see the project as very needful, especially as it will help reduce flood and mosquitoes,” she said.

She appealed to residents of the state, especially women, children and traders to desist from throwing wastes in gutters.

Inusa Jibril, a resident of Tudun Wada, said the projects are creating jobs for the people and encouraged the government to initiate more to gainfully engage the people.

Some residents said they had to bear the many inconveniences due to the condition of the roads as the work lasts.

Residents of Rigasa, Rigachikun, Rafinguza and Hayin Danmani among others however said government is yet to commence such projects in the areas. 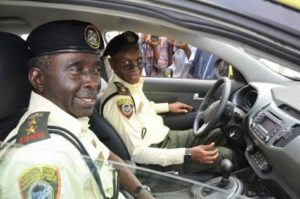