The Amirul Mu’mineen of Nigeria and Sultan of Sokoto, Alhaji Muhammad Sa’ad Abubakar, continued his official assignments in South West on Saturday with historic visit to the ancient community of Ikorodu in Lagos State, during which he commissioned Oriwu Central Mosque in the city. 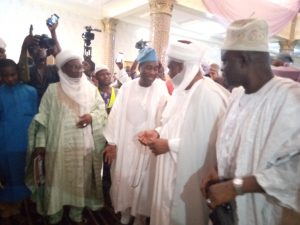 The Sultan, who was received by the Ayangburen of Ikorodu, Oba Alhaji Kabiru Adewale Shotobi, Adegorushen V, in his palace at around 10.45am, had a brief closed door meeting with his royal host before he proceeded to newly completed Oriwu Central Mosque which he later commissioned.

The DEFENDER reports that the mosque is a project that took the builders 35 years to complete, not because of financial incapability but due to reasons having to do with community issues.

The joy in town Saturday was that the mosque success was coming during the time of the sitting Ayangburen, who only few years ago emerged Oba  following the death of the late Sheikh Salaudeen Oyefusi, Oguntade II, the first Muslim king in Ikorodu history.

Others on the enntourage of the Sultan included former Minister of Mines and Steel Development and Baba Adinni of Yoruba Land, Alhaji Sarafa Tunji Ishola, and others.

Governor of Lagos State was represented by his Deputy,. Dr. Olufemi Hamzat, at the occasion that had the Emir of Ilorin represented by Chief Imam of Ilorin and guest lecturer, fiery Islamic preacher and Missioner of Ansar-Ud-Deen Society of Nigeria, Kano State Council, Sheikh Muyideen Ajani Bello.

After the commissioning, the Sultan led Muslim faithful in Solatul Zuhr and was treated to a light reception before he departed the town at about 4.00pm.

The Ikorodu event marked, temporarily, the weeklong assignments of the Sultan in the North and South West, we learned. 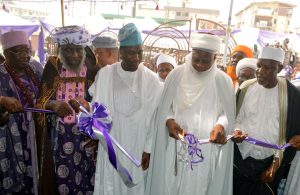 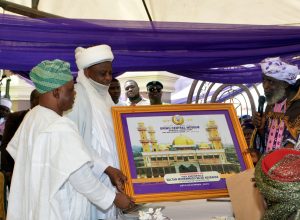 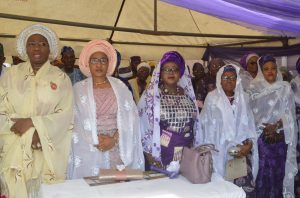