*Tells Shiites “while your right to practice is recognized, you must respect the rights of others”

“It is well known that the present conflict is between the Shiites, FG and the Kaduna State government. Mainstream Islam is not involved. Knowing the excesses of their Shiite neighbours, other Islamic organisations decided to remain aloof ab initio. Christian leaders who want to exploit the silence of Islamic organisations as an opportunity to create more division between the Sunnis and the Shiites now started pretending to sympathise with the Shiites. The latter is quick to grab the straw.  Otherwise why should they be the ones defending a Muslim group which even mainstream Muslims regard as dangerous?”

Nigeria-based Islamic rights organization, the Muslim Rights Concern (MURIC) has thrown its weight behind the nation’s government over a court order it obtained in proscribing the now deadly radical group, Islamic Movement in Nigeria (IMN) otherwise known as Shiites. 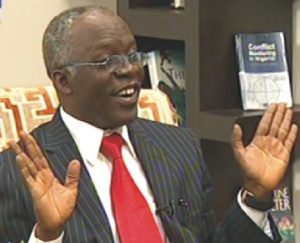 In granting the Federal Government’s prayer last week, the court agreed and so pronounced that Shiites group in Nigeria is a terrorist organization and thus stands proscribed.

Reacting to this development, the Muslim Rights Concern (MURIC) called on Nigerian critics to allow the government  handle the situation.

This was contained in  a statement made available to The DEFENDER by the Director of the human rights organization, Professor Ishaq Akintola, on Monday, 29th July, 2019.

According to MURIC, “It will be recalled that we suggested that FG should initiate dialogue with the leadership of the Nigerian Muslim community and leaders of IMN in order to find an amicable settlement for the Shiite imbroglio.

“But more revelations have since come to our attention in the last 48 hours. For example, at least two Muslim neighbours of the Shiites came out openly and in writing to reveal stunning incidents of the use of violence by the group. Their experiences date back to the 90s.

“A major Islamic organisation which is based in the North, the Jamaatu Ikhmad al-Bid’ah wa Ihyais-Sunnah (JIBWIS) also issued a strong statement calling on FG not to handle the Shiites with soft gloves. Most importantly, the testimonies have revealed a dangerous Shiite principle of non-recognition of either a federal or state government.

“MURIC considers the proscription of IMN as a decisive and necessary action. Nigerians who sincerely want to see peace and stability must therefore give FG a free hand on this. Boko Haram would not have festered so badly had former President Goodluck Jonathan taken action when he should. 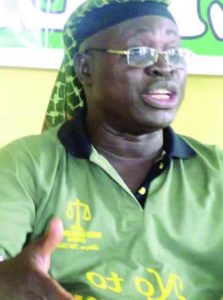 Prof. Ishaq Akintola: The MURIC leader exposing them all.

“It is also our considered opinion that members of the civil society and individuals defending the Shiites are not looking at the larger picture. FG has more comprehensive information. Civil society must ponder over Shiite ideology which rejects the Constitution of the Federal Republic of Nigeria and all constituted authority within the country including traditional rulers.

“We contend that Christian groups are most hypocritical. They support the Shiites because they tend to see it as an opportunity to decimate Islamdom, particularly in Nigeria. What really matters to them is how to weaken Islam in the country. It sounds too much like ‘the enemy of my enemy is my friend’.

“It is well known that the present conflict is between the Shiites, FG and the Kaduna State government. Mainstream Islam is not involved. Knowing the excesses of their Shiite neighbours, other Islamic organisations decided to remain aloof ab initio. Christian leaders who want to exploit the silence of Islamic organisations as an opportunity to create more division between the Sunnis and the Shiites now started pretending to sympathise with the Shiites. The latter is quick to grab the straw.

“Otherwise why should they be the ones defending a Muslim group which even mainstream Muslims regard as dangerous? Why this sudden act of ‘benevolence’? Come to think of it: who opposed Nigeria’s membership of the Organisation of Islamic Conference (OIC)? Who kicked against the introduction of Shariah? Who fought the advent of Islamic banking tooth and nail? Who is behind the infringement on the rights of Muslims particularly the hijab issue in the South West?

“Is it not paradoxical that those who have been accusing President Muhammadu Buhari of attempting to Islamise Nigeria are the same people supporting an Islamic sect which refuses to recognise any government but Shiite authority? We put it to Christian groups in the country that they are shedding crocodile tears on the Shiite imbroglio. But the wind has blown and we have seen the rump of the hen. It is time to back off.

“As for members of the civil society, many of them have no sympathy for Muslims and they have never manifested genuine concern for the latter. The same civil society which pretends to be protecting the girl-child by crying foul over early marriage maintains conspiratorial silence over the hijab saga. None of them sees anything wrong with locking hundreds of Muslim girls out of school on account of an ordinary headscarf. It is such a big shame. But we are not deceived.

“MURIC recognises the right of Shiites to practice their faith but strictly within recognised rules of engagement. Shiites must respect Allah-given fundamental rights of their neighbours. They must genuinely renounce violence and pledge to stop the harassment of other citizens. Not only that, they must review their revolutionary tenets particularly that which refuses to recognise federal and state governments. It is treasonable to vehemently persist that they will only recognise an Islamic government based on Shiite ideology alone.

“In this respect, we are constrained to warn the Iranian government to desist from interfering in the internal affairs of Nigeria. Iran is known to have executed Sunni Muslim leaders in its domain even without the latter engaging in any criminal activity. Therefore Iran has no moral right to dictate to the Nigerian government on how to handle Shiite excesses. This is a sovereign nation and any attempt to export the Ayatollah-style bloody revolution to Nigeria will be stiffly resisted by mainstream Muslims in the country.

“For the avoidance of doubt, MURIC is not interested in promoting a Sunni-Shiite dichotomy. We are for all Islamic groups. We are simply here to project, promote and protect the rights of all adherents of Islam. Nonetheless, we reject those who smear the image of Islam in any way and those who kill and maim followers of other religions and their fellow Muslims. We recognise the authority of the Federal Government of Nigeria as well as those of state governments and we will not associate with those who seek to render asunder the sovereignty of our great country, Nigeria.

“In our closing remarks, we charge Nigerians to allow FG to handle the situation. IMN was proscribed for its violent propensity. It can be deproscribed when there is enough evidence that the group is no more violent. We appeal to Christian leaders to stop shedding crocodile tears over Shiite-FG imbroglio. We urge civil society and individual activists to desist from selective activism. Those who are silent on the hijab question vis a vis the oppression of the Muslim girl-child should not be quick to comment on the Shiite affair. It is sheer hypocrisy”.