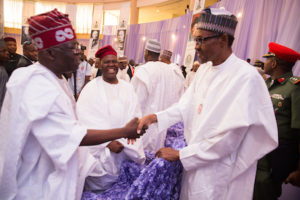 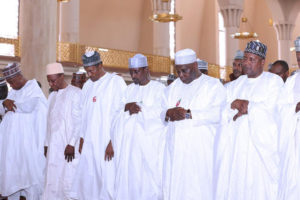 The bride and bridegroom, Ahmed and Zahra, posted with their parents at the event. 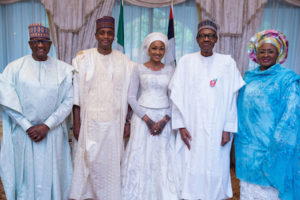 Members of the Federal Executive Council and other top government officials also attended the event which lasted about one-and-a-half hours.

Speaking to State House correspondents after the event, Tinubu congratulated Zahra and her husband, Ahmed Idimi, and wished them a happy married life.