President of Nigeria, Muhammadu Buhari, Sultan of Sokoto Alhaji Muhammad Sa’ad Abubakar, and former Governor of Edo State, Chief John Odigie-Oyegun, on Thursday lamented that over the impact of eight-month straight strike action by Academic Staff Union of Universities (ASUU) in education administration in the country. 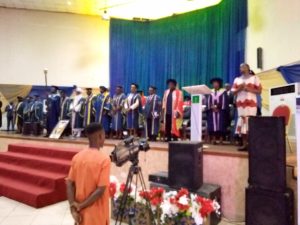 Although they spoke separately, the leaders agreed that embarking on strike action should never be one of the options any longer in resolving issues between government and academic (or non-academic) unions in the nation’s education sector.

They stated this at the 74th Founder’s Day and Convocation Ceremonies of University of Ibadan, in Ibadan, held in the International Conference Centre of the university on Thursday. 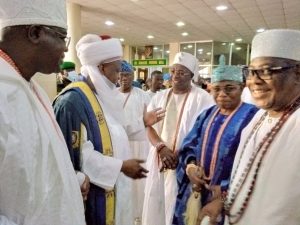 President Buhari, who is the Visitor to the University, seized the opportunity afforded him by the occasion to task ASUU and other trade unions to employ negotiations and shun strike as a tool for pressing home their demands.

Represented by the Executive Secretary, National Universities Commission (NUC), Prof. Abubakar Rasheed, the President commended efforts of the university’s administration in maintaining the great reputation upon which the institution was established. 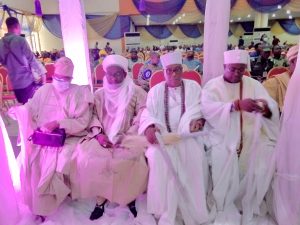 He appreciated the leading role of the institution in the postgraduate education and the production of the much needed academic staff for tertiary institutions within and outside Nigeria.

President Muhammadu Buhari noted that his government’s commitment to education development remains unshaken, despite the untold hardship the nation particularly its education sector witnessed due to global problem of COVID-19. 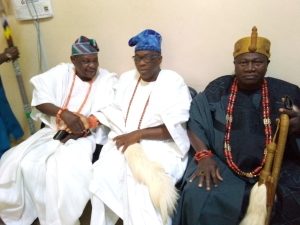 He commended the University of Ibadan for its great contribution to academic excellence and particularly acknowledged the contribution of the Sultan of Sokoto Alhaji Muhammad Sa’ad Abubakar, whose time as Chancellor, he said, has seen the university grow from strength to strength.

Buhari said there was a need for discipline and stability in all universities which hold the key to the future of any nation. 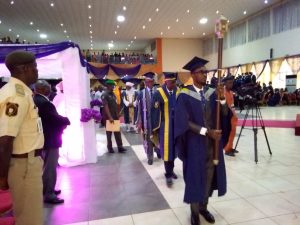 He said that it was disheartening that all trade unions of universities declared protracted trade disputes in 2022.

The president said that the disputes had dire consequences for the economy and unnecessary disruption of the academic calendar of universities.

“There is a need for the trade unions, especially ASUU, to shun the weapon of strike as a tool for pressing home their demands.

“Strike only compounds the already poor state of our education sector, and erodes the national and international reputation of our public universities.”

He urged the Organised Private Sector to continue its support for the education sector, adding funding of the sector is not what government alone cannot do.

In his speech as Chancellor of the University of Ibadan, Sultan of Sokoto, Alhaji Muhammad Sa’ad Abubakar, bemoaned the damage caused by the ASUU’s eight-month strike in this year alone, adding that, “the worst hit are our children.”

Sultan Abubakar stressed the need to improve the standard of education in Nigeria through collective efforts, saying that the country had been providing workforce for other countries to show that its education sector was not the worst.

The Sultan, in a strong word, advised stakeholders involved in academic business in Nigeria that there should be no circumstances where embarking on strike should be an option again.

He attributed the low turnout and lack of adequate preparation for the 74th Foundation Day and Convocation Ceremony of the university to the strike by Academic Staff Union of Universities (ASUU).

The top Nigerian monarch lamented that the ASUU strike affected this year’s ceremonies to the extent of no provision for honourary doctorate degrees that are usually done in recognition of distinguished contributors of progress to the nation, especially in the area of education.

The UI Chancellor, who thanked God that the ASUU’s strike was now over, disagreed with people who talk and present Nigerian university system like it is the worst situation in the world, adding that there must be ways of resolving issues in the academic sector without any union of staff resorting to strike.

He said, “No, ours is not the worst situation. If it is, how come products of Nigerian universities go abroad and are doing well there?”

They are doing well abroad, the Sultan said, because the universities in Nigeria are doing great but advised that “We must be able resolve our problems without going on strike.”

The Pro-Chancellor and Chairman, Governing Council of the university, Chief John Odigie-Oyegun, corroborated President Buhari and Sultan Abubakar on the issue of strike, saying strike should not happen to education system in Nigeria again as there abound many other ways of dispute resolution than boycotting the classrooms.

The Vice Chancellor, University of Ibadan, Prof. Kayode Adebowale, while commending the laudable efforts of President Muhammadu Buhari on the institution, nevertheless noted that the greatest challenge facing the school was underfunding.

Prof. Adebowale, however, passed a cheering news of the fact about UI in terms of ranking.

He said it was gratifying that, despite its challenge of underfunding, the University of Ibadan ranks and first in West Africa, seventh in Africa and 500th in the world.

Particular announcement of a 1948 admitted student, who is now 96 years old, Prof. Adetoun Ogunseye, drew the interest of Sultan Abubakar, who quickly walked down from his high seat to personally acknowledge the presence of the old student of the university he leads as Chancellor.