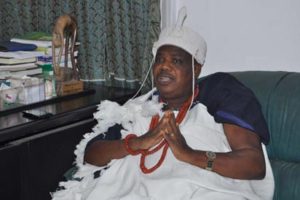 A statement signed by the Chairman, Planning, Publicity and Contacts Committee of the event, Prince Bashir Adefaka, said Sultan would be embarking on the first-of-its-kind trip to the kingdom in furtherance to his national peace, unity and development advocacy.

Oba Orisagbemi said the Sultan’s visit to the kingdom would serve as the beginning of a new era in the advocacy for peaceful co-existence and better understanding among the diverse peoples of Nigeria.

The statement said the Sultan, who will arrive via Akure Airport on Friday October 14, would be received by Attah Abdul-Mumini Orisagbemi assisted by the Deji of Akure Oba Aladetoyinbo Aladelusi, Senator Babafemi Ojudu and Alhaji S. O. Babalola among others.