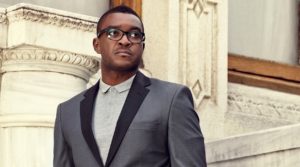 The film ’76’ coming from the stables of Adonis Production and Tonye Princewill’s Trust was unveiled for media review on Wednesday October 26, at Ozone Cinema, Yaba, Lagos.

Produced by Adonaijah Owiriwa and Izu Ojukwu and directed by Izu Ojukwu, ‘76’ stars big Nollywood names that include Ramsey Nouah, Chidi Mokeme, Rita Dominic, both Africa Movie Academy and Viewers Award for Best Actor In Leading Role in 2016, Daniel K Daniel and Ibinabo Fiberesima. Others are Memry Savanhu as Eunice, Adonai Owiriwa as Captain V. M. Jaiye, Pat Nebo as Colonel Aliu, Nelly Ekwereogu as Ikenna, Shuaibu Adams as Lieutenant Jubril and Debo Oguns as Noel among others. About 200 cast and crew members were on set for the movie.
’76 the film is a Nigerian historical film set during the botched 1976 coup d’etat, era of military assassinations and political unrest in Nigeria. It’s a story told from a dual point of view – from the soldier’s patriotic perspective accused of being involved in the 1976 military coup and assassination of General Murtala Muhammed, and from that of the officer’s wife. The film pays homage to the strength of Soldiers’ wives who are the real soldiers, the ones who suffer from whatever decisions their husbands make, whether on the battlefield or off it. Issues reflected in the film include the rumours of foreign involvement in Murtala Muhammed’s coup and it also portrays intertribal marriages.

A young officer from the middle belt of Nigeria gets into a romantic relationship with a female secondary student from the South Eastern region. However, their relationship strained by constant military postings also suffered non parental approval. The soldier gets accused of being involved in the 1976 unsuccessful military coup and assassination of General Murtala Muhammed, and the heavily pregnant wife, gets entangled in an emotional dilemma.

’76 The film comes 40 years after the actual events and follows seven years of work. It was shot mainly at Mokola Army Barracks, in the ancient city of Ibadan, Oyo. The cast were all trained for 21 days with instructors from the Nigerian Defence Academy and with the crews that were on location for 91 days. It took three years to plan the movie and it was filled with its unique challenges. While shooting the movie, the Nigerian Army delegation visited the cast and crew with assurances of their full support. For the first time in Nigerian history, a film shoot was allowed within the barracks. The movie according to the producers enjoyed the full approval and endorsement of the Nigerian Army and the Murtala Muhammed family. The film cast and crew recently received a major boost with a high profile endorsement from Olusegun Obasanjo, who at that time succeeded the assassinated General Murtala Muhammed as Head of State.  Obasanjo described ’76’ as, “The best view of one of the worst times in our nation’s history.”
In a statement, the executive producer, Adonijah Owiriwa, said, “Our objective was to show audiences, among other things, what the wives of officers had to go through. Military coups are our legacy. In some ways, we are still trying to recover from this. Everyone sees and hears the perspective of the officers. But the woman’s story stays silent. We wanted to highlight the strength and the vulnerabilities of the typical African woman and to do so through the eyes of officers’ wives. This is a filmmaker’s tiny contribution to raising their volume.”
In his own comment, Izu Ojukwu said, “We wanted to show audiences who were not there, what it was like and the impact of the Army on the people’s psyche. A lot of water has gone under the ground over 40 years. This is a filmmaker’s small contribution to some of that healing.”
Chairman, Silverbird Group, Senator Ben Murray Bruce while speaking at the media parley after screening said: “Some people want to fight and carry gun because they do not know the consequence of war. This movie is a great product by a great Nigerian to achieve what a very few people have done. It is a history class, one that everybody must listen, watch and be a part of. If you must know where you came from, you certainly know where you are going. Tonye and his group must be congratulated.
“This movie I believe will make history for many reasons, one, it will educate us about what happened in the past, two, it will make a lot of money. I urge all Nigerians to watch this movie. I urge all parents and children to watch this movie. Unless you understand, what happened, in 1976 and even before that, you do not know the history of this beautiful country called Nigeria. You may not understand what happened in this country. It is easy to criticize and complain, but very few people understand what happened to your parents and great grandparents at the time of independence. I understand because I paid attention to history. When I was 9 years old, my best friend was the radio. I listen to radio Nigeria and radio Biafra all the time. I understood the two sides of the war. I was listening to history. Tonye Princewill obviously is a historian. We must support Nigerian movies and made in Nigeria products because when God distributed intelligence, he distributed intelligence evenly to all parts of the world. He gave Nigerians equal share as he gave to other parts of the world for revenue generation,” Ben Bruce said.
In September 2016 the movie went on to screen four times ‎at the Toronto International Film Festival, and had a sold out hall on all the dates. The icing on the cake was the signing of a seven-figure dollar deal with one of the best – Shoreline Entertainment from Hollywood for rights for the Movie. In October ’76 has just finished two sold out screenings at the 60th BFI London Film Festival.
The African Premiere will be in Lagos on 3 November and will open to the public on 25 November across Nigeria. ‘76 has also been invited to screen at the Dubai Film Festival 2016 and Berlin Film Festival 2017.