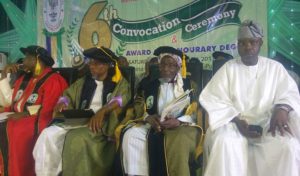 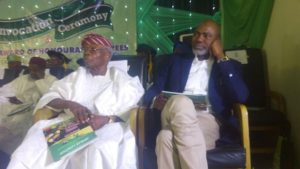 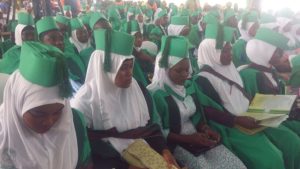 Some of the graduands 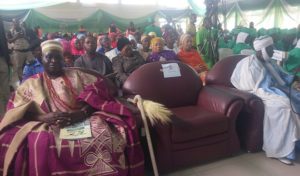 Some of the guests during the event.

At the occasion attended by Governor of Osun State to the School, Ogbeni Rauf Aregbesola, Chancellor of the university, Dr. Ahmed Lemu, Executive Secretary of the National Universities Commission (NUC), Prof. Abubakar Adamu Rasheed and former Minister of Mines and Steel Development, Alhaji Sarafa Tunji Ishola and many other eminent people, 198 successful students were graduated among whom 17 were conferred with first class degrees.

During a pre-convocation press conference in Osogbo, the Acting Vice Chancellor of the university, Professor AbdulLateef Usman had said Babalola, who is also the President of the Muslim Ummah of South West Nigeria (MUSWEN) and Ali, the Pro Chancellor of Osun State University, were being conferred with the honourary degrees for their contributions at various levels to educational development in the country.