One of the two Nigerians, named Samuel Udoetuk Wills, had falsely claimed that he was a Fulani man with Buba Mohammed as his name. Operating with another of his gang members, John Orji, they both kidnapped and murdered four girls in Takoradi, Ghana.

Some readers of The DEFENDER had tasked the Nigeria-based fast growing digital media to dig and tell the true story of “Fulani herdsmen” from the country branded to be operating as criminal gang in Ghana but that, upon discovering the truth, those that that reported it are yet to update the people with the latest. 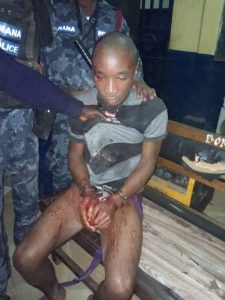 Samuel Udoetuk Wills, acclaimed Fulani herdsman from Nigeria operating as Buba Mohammed, who kidnapped and killed four victims in Ghana, after his arrest by Ghanaian Police.

In the course of our findings with effort to contact sources in the former Gold Coast, here in Nigeria we stumbled over a credible information dropped with an impeccable source and we decided to push it out. According to the source, the acclaimed Fulani herdsmen are, in truth, not anywhere near being Fulani. They are from the Igbo and Calabari tribes and Christians of Nigeria. Although we have continued to discourage Nigerians from profiling criminals along their tribe and/or religion, revealing their ethnic and religious identities here only done to set the record straight as balance to claims earlier reported.

The Sekondi High Court in Ghana sentenced them to death on Friday 5 March 2021 for kidnapping and murder and they will die in 30 days from date of sentence, if Ghana will not behave like Nigerian governors, who fail perpetually to sign death sentence passed by court of competent jurisdiction for instance Rev. King. 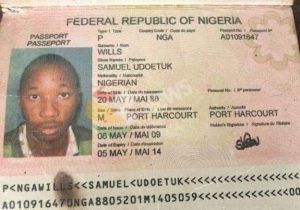 One of the two Nigerians, named Samuel Udoetuk Wills, had falsely claimed that he was a Fulani man with Buba Mohammed as his name.

Operating with another of his gang members, John Orji, they both kidnapped and murdered four girls in Takoradi, Ghana. They were sentenced after they were found guilty of kidnapping and killing Ruth Quayson, Priscilla Blessing Bentum, Priscilla Koranchie and Ruth Abekah, aged 18 years.

Samuel Udoetuk Wills and John Orji kidnapped four girls in Accra, Ghana and demanded millions of GhC, Ghanaian Cedi, as ransom. While negotiation was on going, Wills told the victims’ loved ones that his name was Buba Muhammad, a “Fulani herdsman” from Nigeria. 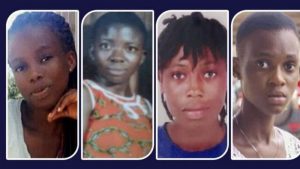 Four girls of Western Ghana Takoradi community, kidnapped by criminals from Nigeria, in July 2018 and killed in the course of it.

This prompted them to post his name and the girls’ pictures on social media as a desperate move while the Ghanaian Police went after him.

Unfortunately, before they were arrested, they killed the four girls as it was obvious the ransom was not going to be paid.

When Samuel Udoetuk Wills, the so called “Buba Mohammed”, was taken into custody, the Ghanaian authorities discovered that his passport carried a different name and that he neither could speak Fulani nor speak Hausa.

The DEFENDER’s investigations showed that this crime was committed in 2018 and Ghanaian Police believed the condemned were part of a cross border criminal gang operating in the country, an unfortunate behaviour a respondent described as “some Nigerians exporting criminality to other countries”. Recall how similar a gang attempted to dent the image Nigeria by being wholly responsible for breaking by dynamites an ATM machine in Dubai.

Our investigations further revealed that there was a third suspect by name Chika Innoidim John, said to have been in the custody of Nigerian Police until he was moved to Ghana in late 2019, after Nigeria National Agency for the Prohibition in Trafficking of Persons, arrested him in August same year.

Sources within Ghanaian CID during the period revealed that Chika Innoidim John would be arraigned soon in court when the two other suspects, Samuel Udoetuk Wills and John Orji, charged additionally with kidnapping, would face fresh murder charges.

Ghana Police Service, according a BBC pidgin report, had confirmed that the three Takoradi girls they kidnapped and fourth one died.

In 2019, the Head of Ghana Police Service told a press conference that results of DNA test carried out on the skeletal remains of the murdered victims found inside some abandoned manhole, tested positive to the “missing Takoradi girls”.

Four girls were reportedly missing in Ghana’s Western region town of Takoradi in July, 2018. After unsuccessful search for them, their parents began to demand answers from the Ghanaian Police.

Series of demonstration were therefore held by a combined effort of community people, parents and relatives further pressing for swift intervention of government in the West African country and this prompted the police to pay attention but very late for the unfortunate victims, six months after incident.

The case got to Ghanaian CID and top police officials went to the homes of victims to pay them visit and ask questions. It was after the visit and several assurances from authorities that the families started to have confidence that their children would be found.

Involved in the search for girls were security forces including the Bureau of National Intelligence (BNI)during which some skeletons with human skulls were discovered inside a septic tank. When arrested, the suspects lee the search team to where the dead bones were kept and admitted that they kidnapped.

Meanwhile de death sentence by the Ghanaian court issued Friday 5 March 2021 is first to have in the former Gold Coast in 15 years.

Amnesty International, an international human rights organisation, has been demanding that government of Ghana abrogate death sentence from Ghana laws and it has been doing this since 2000.

Be that as it may, the resolute authorities in Ghana is to ensure, by the court judgement, that the condemned die in 30 days from date of sentence.