The DEFENDER reports that Daudawa’s case may have vindicated Governor of Kaduna State, Malam Nasir el-Rufai, who has refused to negotiate with bandits because, according to him, nothing can be done to placate a bandit who has been making millions from crimes. To the Kaduna Governor, “you either drop banditry willingly or you die for it”.

The bandit leader, who was pardoned after masterminding the abduction of 279 schoolboys in Kankara, Katsina State, Auwalu Daudawa, has been killed.

He was killed by rival gang days after returning to the forest.

Recall Daudawa was pardoned by Zamfara State Government after embracing the peace initiative of the Bello Mohammed Matawalle Administration promising not to return to the evil way of life.

Daudawa, however, later reneged on the oath and reportedly returned to the forest to take up arms, according to Ibrahim Zauma, new media aide to Bello Matawalle, Zamfara State Governor.

Zauma said on Friday that the bandits’ leader was killed while “trying to rustle.”

Writing via his Twitter handle, he said: “Barely nine days after Auwalun Daudawa returned to the jungle after swearing oath on the Glorious Quran never to go back to banditry, he met his waterloo! He was killed while trying to rustle.”

He did not provide further comments regarding the development and is yet to respond to an enquiry sent to him, according to TheCable’s report.

Auwalu Daudawa had confessed to kidnapping the Kankara students in December 2020.

On Wednesday, citing his close contacts, Daily Trust reported that the bandit had taken up arms again, just weeks after he claimed to have repented.

He was said to have been “frustrated” by “the lack of proper engagement” for him and his family after the Zamfara government undertook the responsibility to cater to his welfare.

In February, the bandits’ leader surrendered his arms, which included 20 AK 47 rifles and a rocket-propelled grenade (RPG) launcher, claiming to have turned over a new leaf.

He was received at the Zamfara government house where he announced that “we have voluntarily repented.” 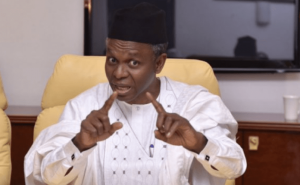 Governor El-Rufai: “You either leave banditry or you die”.

The DEFENDER reports that Daudawa’s case may have vindicated Governor of Kaduna State, Malam Nasir el-Rufai, who has refused to negotiate with bandits because, according to him, nothing can be done to placate a bandit who has been making millions from crimes. To the Kaduna Governor, “you either drop banditry willingly or you die for it”. 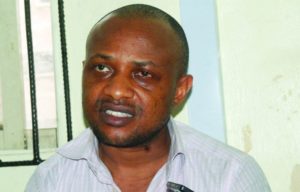 Evans, Nigeria’s richest kidnapper, still has his case undecided many years after arraignment.

In the meantime, some Nigerians are asking why the case of Nigeria’s richest kidnapper, Chukwudi Dumee Onuamadike, popularly known as Evans, has continued to be dragged on the ground, over three years after his arrest. He was nabbed after sever detectives’ effort in June 2017.

Several attempts had been made by elements in the legal and media profesions to frustrate government’s effort to prosecute the billionaire kidnap kingpin and his fellow suspected kidnappers. They either raised human rights issues to his favour or promoted rumours about his being moved by police from custody to unknown destination until the trial court told him and his co-defenders that they have a case to to answer.

The latest question about Evans came up while some citizens attempted tracing of rampaging kidnapping in the country in recent times.

Our source said: “Delayed justice like this of Chukwudi Dumee Onuamadike, Evans, and co is reason for the escalated criminalities across Nigeria today. Many are now into crimes because they see that if Evans’ case, after making his billions from kidnapping, has not been decided, they too can do and go free. There is no single human being that has no tendency to commit crime. But when people see that not only there is law but also that the law works, they will check themselves and wear the toga of law-abiding citizenship.

“But where you see our lawyers and journalists screaming over kidnappers in other region but working hard to cover same crimes committed by those in their own region because they have the domination of media and the legal professions, injustice has taken place. Evans’ case must be treated now!” He said.