It was an added feather to his cap, this time at global level, as ace broadcaster, Prince Bisi Olatilo bagged an award of honour in London, United Kingdom’s capital Friday night. 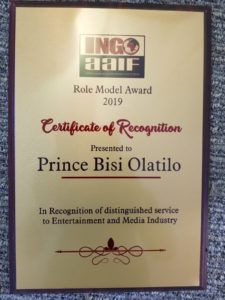 Prince Bisi Olatilo, severally referred to as “The boss of Nigerian Television”, confirmed this to The DEFENDER Saturday morning via a WhatsApp communication channel. 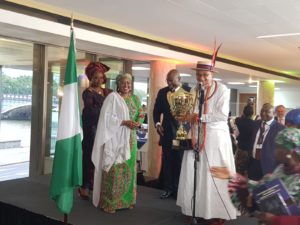 Olatilo is being recognised abroad as the Agent of change in the Entertainment and Media space in Africa.

The Award was given to him by INGOUk in collaboration with the United Nations. 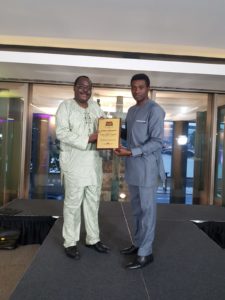