The Chief of Army Staff, Lieutenant General Tukur Yusuf Buratai, was in Command Engineering Depot Kaduna, on Friday the 30th of October 2020, on a working tour, where he inspected five pieces of additional newly manufactured Nigerian Army (NA) constructed Mines Resistant Ambush Protected Vehicles (MRAPs) and assess the ongoing production of new ones.

He was conducted round the Depot by the Commander Major General Sunday Araoye and Director General Defence Industries Corporation Major General Victor Ezugwu where he also inspected the repairs of damaged/malfunctioned back loaded Armoured Personnel Carriers, troops carrying vehicles and other combat vehicles. Both the new and the repaired MRAPs, Armoured Personnel Careers, as well as the repaired troops’ carrying vehicles were test driven and have proven to be in good working condition. 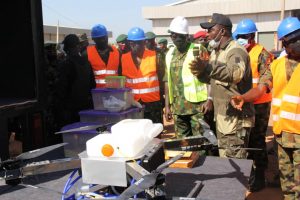 While briefing the Chief of Army Staff at the Depot’s Smart Factory, the Commandant said that a state of the art 3D printing machine for vehicles’ parts and medical implants has been installed. “We have also manufactured a surveillance vehicle with drone attached to it to enhance NA’s operations”.

After the tour of the facility, members of the press were briefed by the Acting Director of the Nigerian Army Public Relations, Colonel Sagir Musa who said that the construction and repairs of the MRAPs, troops’ carrying vehicles and other combat equipment as well as the manufacturing of 12.6mm anti aircraft guns and repairs of backloaded ones by the Depot has proven to be impactful and combat multipliers for the ongoing war against insurgency and anti banditry operations in the north east and north western parts of Nigeria.

Sagir said, “The initiative and efforts of the NA in this regard, has proven to be a force multiplier and very effective in the various theatres of Operations in the fight against terrorism in the north east and anti banditry operations in the north west”. “The effort of the NA in this regard has so far saved Nigeria billions of Naira that could have been used for the procurement of these military hardware and equipment” he further said.

The Army Chief has expressed satisfaction with the level of progress made so far. He enjoined officers, soldiers and civilian staff of the Depot to upscale the level of achievements recorded, Sagir added.

Other photographs from the visit below: 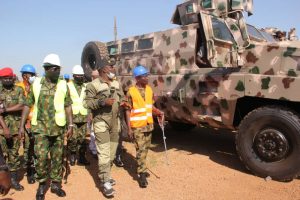 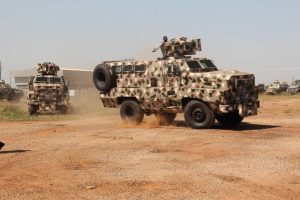 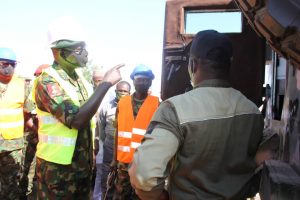 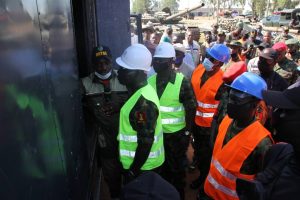