In continuation of the clampdown on all illegal street-trading activities across the state, the Lagos State Task Force is set to prosecute 15 illegal street traders arrested during an enforcement operation that dislodged over 1500 trespassers in Oyingbo earlier Tuesday.

Head, Public Affairs Unit of the Task Force, Mr. Adebayo Taofiq, made this known in a statement he sent to The DEFENDER. 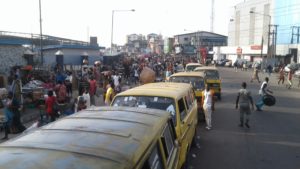 He said the action of the traders impeded the free flow of traffic along the axis, insisting that Lagos State government will not tolerate such illegal activities that violate the environmental laws of the State.

According to the Chairman, Section (1) of the Lagos State Street Trading and Illegal Market Prohibition Law of 2003 prohibits both buyers and sellers from engaging in business activities at an unauthorised place, while the penalty for engaging in illegal street-trading is a fine N90,000 or six-month jail term for anyone found guilty of contravening the law. 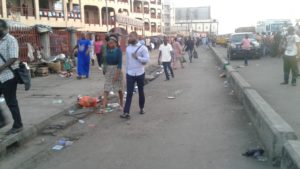 “The enforcement operation was also meant to protect lives of those illegal traders from unforeseen circumstances such as accident from reckless private/commercial drivers and also to decongest traffic gridlock along that axis”, he added.

While warning those engaged in illegal street-trading to desist from endangering their lives and operate inside the ‘Oyingbo Ultra-Modern Market’ built by the Lagos State Government, Egbeyemi disclosed that all the 15 illegal traders arrested during the exercise will be charged to court for prosecution.