When it is election season we all expect speculation to reach fever-pitch.

The press pores over every word spoken, scours every photo taken, and reports every indication suggested, seeking signs of who is supporting who like private investigators – or fiction writers.

There’s no greater intrigue for this kind of speculation-journalism than a party flagbearer primary.

But it only comes around once every four years – or every eight following President Buhari’s second term. Therefore, the media must make the most of it.

So, what a disappointment the All Progressives Congress (APC) party flagbearer primary must have been for those who assembled to witness a catastrophe?

No intrigue, no division, no disagreement, no defeated candidates rejecting the result, no splits, no third-party runs.

Only determination to rally around the chosen flagbearer to deliver victory and an APC third term in February 2023.

The opposition reaction to this successful nomination convention has come by way of a counter offensive, so that we do not go on the offensive.

In some instances, there is clear evidence of a conspiracy to destabilize the governing party and defame the President.

The media are being inundated with made up stories– speculating about the role of the President in the flagbearer contest: whether he had a favoured candidate, and whether manoeuvres were made to install them; whether the chosen flagbearer was the President’s choice, or another. And on and on.

Speculation is easy. But facts are simple. The President always said he had a favoured candidate. He said that candidate was whoever was chosen by the APC in a democratic primary to lead the party at the election.

Those still assailing the APC and the President expounding conspiracy theories and making all manner of speculations about who did what or did not need to understand the important point about the country’s leader: President Buhari takes his own decisions and carries them out without the backup of a so-called “cabal” or back room boys.

The strong leader myth in Nigeria has lasted far too long.

People make assumptions that if you are a leader, you dominate everything, and even determine electoral outcomes.

Luckily for Nigeria, President Buhari does not suffer from such constraints. He refuses to act as the elected autocrat.

The President had a clear purpose leading up to the primary: to ensure a transparent, free and fair process that will bring back people’s faith in democracy by taking good governance up to the grassroots level.

By this alone, people’s faith and that of the international community in our democracy has received a major boost since the completion of the APC nomination.

The flagbearer has been chosen. He has the President’s unwavering support. The journey to victory continues. 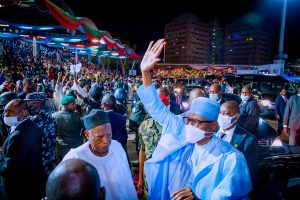 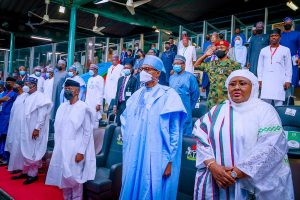 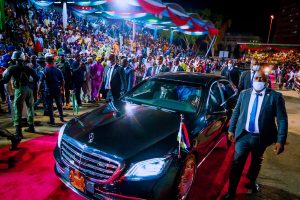 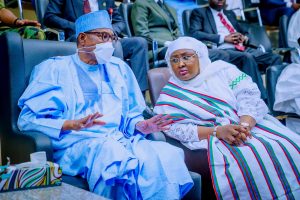 President Muhammadu Buhari and his wife, Aisha, while participating at the APC Special Convention (Presidential Primary 2022) held at Eagle Square, in Abuja, on Tuesday 7th June 2022. 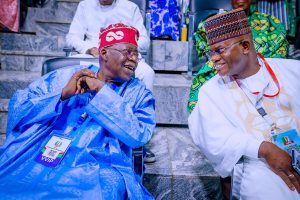 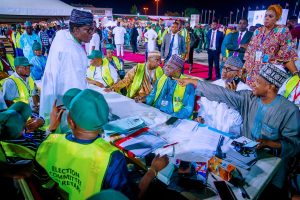 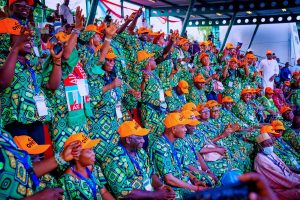 *Shehu is Senior Special Assistant to President Muhammadu Buhari on Media and Publicity.