On Monday in her Facebook social media post, she listed virtually countless number of some of these achievements, which she said will be advantages for Senator Bola Ahmed Tinubu, the Presidential Candidate of the All Progressives Congress (APC), when the campaign for 2023 general elections start next month, September, 2022.

The Nigeria’s Presidency official listed some of those titled achievements as shown below:

THE ADVANTAGES OF SEN. BOLA AHMED TINUBU, WHEN CAMPAIGN STARTS IN SEPTEMBER.

These are some of the advantages Sen. Bola Ahmed Tinubu has, over all the other candidates for the 2023 General Elections.

1. The second Niger Bridge:
The Second Niger Bridge is a key national infrastructure, with immense socio-economic benefits for the contiguous states and indeed the entire nation. The bridge will ease traffic flow, improve road safety, and create greater opportunities for local residents by advancing the commercial viability of the immediate area and regenerating economic life.

The scope of works include the construction of 1.6 km long bridge, 10.3 km Highway, Owerri interchange and a toll station.

5. The Implementation of the Treasury Single Account (TSA) and Bank Verification Number (BVN)

7. The approval for the establishment of 6 colleges of education in Benue, Bauchi, Sokoto, Ebonyi, Osun and Benue states

11. The construction of Oju-Loko-Oweto bridge connecting Benue and Nasarawa states to the Eastern and Western States.

12. Discoveries and collection of looted funds and transfer of over N500 billion from EFCC to FG purse. Subsequent conviction of perpetrators to correctional facilities.

18. Dredging of the Onne port in Rivers State

19. Dredging of the Calabar Port in Cross River state

26. Reconstruction of the Akanu Ibiam International Airport in Enugu.

32. Presidential Fertilizer Initiative on fertilizer saw a cessation of importation to local production of over 10 million tonnes.

33. Payments of pensions to ex Biafran soldiers and Police officers.

38. Purchase of 38 brand new fighter jets for the Nigeria Airforce.

39. National Housing Program across Nigeria. To build 300,000 houses in all, over 25,000 houses of low, medium and high income in all the geopolitical zones.

42. Total overhaul of Nigeria Army weaponry through purchase of armoured carriers from China and Russia

43. Establishment of Federal University of Agriculture in Zuru, Kebbi state.

44. Completion of the Zobe dam in Katsina state.

45. Approval and release of ₦75 BILLION Farmers money to cover for agricultural activities as first batch to states.

48. Social Investment Programme. Payment of ₦5,000 each monthly to 3.2 million vulnerable Nigerians in the last 6 years.

49. Establishment of the Federal University of Transportation in Katsina.

50. Four (4) rehabilitated and reconstructed roads in BUK in Kano state.

57. Ongoing reconstruction of the Onitsha-Enugu Expressway

58. Ongoing reconstruction of the Benin-Ofosu-Ore-Shagamu Expressway

59. Ongoing dualization of the Ibadan-Ilorin Expressway

60. Ongoing rehabilitation and expansion of the Lagos-Badagry Expressway

61. Ongoing rehabilitation of the Lagos-Otta road

64. Ongoing construction of the Ikom Bridge in Cross River State.

67. Ongoing reconstruction of the Alesi-Iyamoyung-Ugep road in Akwa-Ibom state.

68. Ongoing dualization of the Suleja-Lambatta-Minna road in Niger State.

69. Ongoing construction of the Gwagwalada-Abaji-Kotonkarfe-Lokoja Expressway

70. Ongoing reconstruction of the Bida-Lapai-Lambatta road in Niger State.

71. Ongoing reconstruction of the
Makurdi-Naka-Adoka-Ankpa road.

75. Ongoing dualization of the Kano-Maiduguri Expressway Shuari link to Azare to Potiskum to Damaturu to Maiduguri.

77. Ongoing reconstruction of the Mayo-Jada-Ganye-Toungo road in Adamawa state.

78. Commencement of the construction of the Ibi Bridge in Taraba state linking PLATEAU, Benue and other states.

79. Ongoing rehabilitation of the Nguru-Gashua-Bayamari road(Just awarded as work is commencing soon)

80. Ongoing reconstruction of the Kano-Maiduguri Expressway linking Wudil to Shuari.

81. Ongoing dualization of the Kano-Katsina Expressway.

82. Approval for the Kano-Kaduna rail line.

84. Establishment of the Nigeria/Chinese train coaches and wagon workshop and training center in Ogun state for Young Nigerians to be trained and engaged

87. Rehabilitation of the Sokoto -Jega-Kontagora-Makera road across Sokoto, Kebbi and Niger States.

89. Establishment and commencement of the N/East Development Commission.

91. The establishment of the ₦50 billion Household TCP

93. Putting up the Covid-19 financial support for SMEs. N50 billion for payroll support, ₦200 billion for loans to artisans and ₦10 billion to private transport companies

94. School feeding program sees the feeding of 9.1 million pupils in 32 states of the federation.

95. Total overhauling of the Ajaokuta steel company with the release of over ₦10 billion as counterpart funding to the Russians

96.Approval and commissioning of the Ariaria IPP in Abia

97. Approved and Commissioned of the 10MW IPP at the Nnamdi Azikiwe International Airport, Abuja.

98. Ongoing recruitment of 400,000 police to reinforce the wide gap for effective community policing.

100. Payments of the backlog of pension arrears to 9,216 federal government pensioners in 2018. N24 billion was paid and all included in the system.

101.Commissioning of the Ogbia national water scheme project in Bayelsa. Jonathan’s place had no water nor electricity.

108. Ordered a forensic audit on NDDC to hold to account, those who underdeveloped the Niger Delta

109. Nigeria went from importation of rice to self-sufficiency in rice.

111. Elkanemi Football Club now plays in Maiduguri. Millions displaced from the North East are now back home and their children, back in school.

112. Electoral reforms: No more ballot-box snatching and multiple voting by one person.

116. Over 20 million jobs, created in the Agric Value Chain.

117. Hundreds of thousand of young Entrepreneur engage in SMEs and creating jobs, becoming employers of labour.

Some of the achievements in picture: 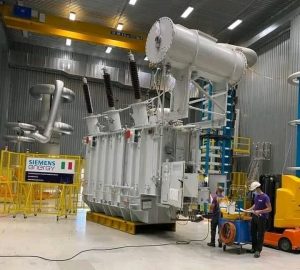 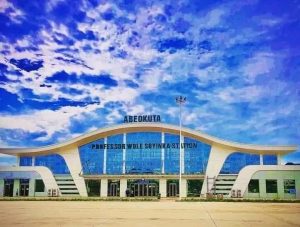 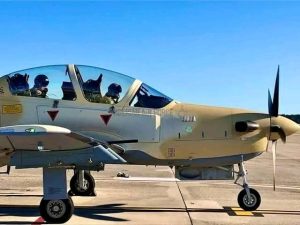 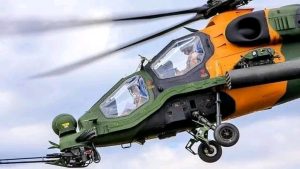 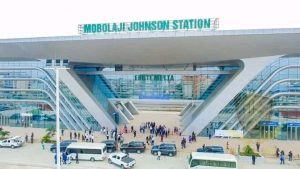 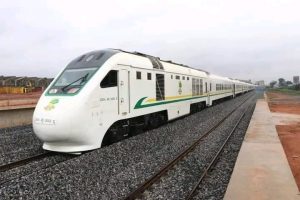 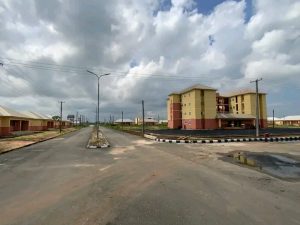 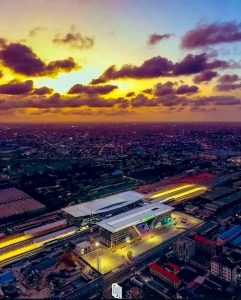 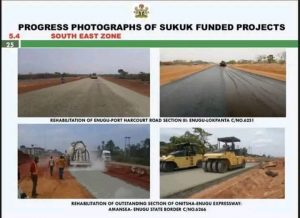 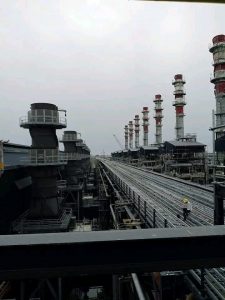 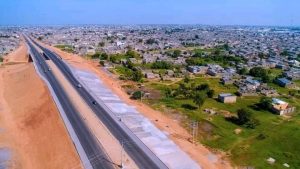 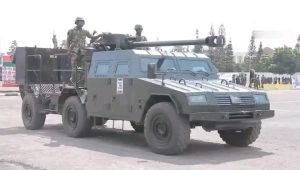 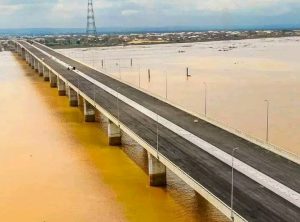 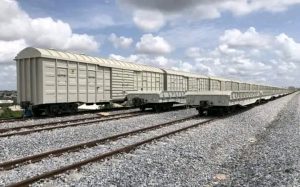 Thanks Oriabioje Onyebike Destiny for making some of these images, readily available.