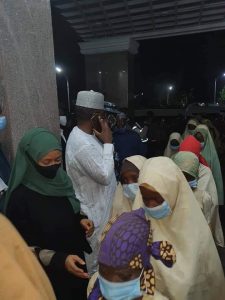 Governor Bello Muhammad Mutawalle, while receiving the girls in the Government House Gusau, confirmed that the number of kidnapped victims was now clearly 279 as against the over 300 earlier speculated.

Our Correspondent, who spoke who still in the Government House as at 6.00 am Tuesday morning, said the governor was lively with sigh of relief especially seeing the innocent girls released and returned unhurt. 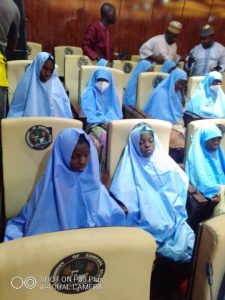 The governor called on people to be cautious in their daily activities with regard to happenings around them, even as he said the state government would take care of the freed victims and take them through medical examination to ascertain their state of health.

He appealed to parents to see this as an act God and prayed that this would be the last time such unfortunate incident would happen in the state.

He thanked all those that contributed to the release of the abducted girls.

The Federal Government, state government and other stakeholders have been up and doing in ensuring the success now achieved and Mutawalle was greatly appreciative of them all.